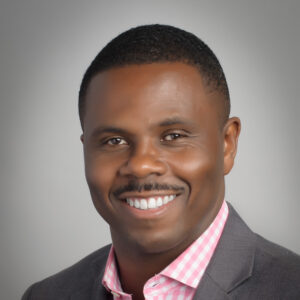 Richie is a former Senior Managing Director at Prescott Group, where he served on the management team and investment committee and continues to serve the firm in an advisory role devoted to diversity, equity, and inclusion.

Richie’s current board appointments and civic involvements include Southern Methodist University Board of Trustees Communities Foundation of Texas, the Dallas Regional Chamber of Commerce Board of Directors, The Dallas Mavericks Advisory Council, the Pension Real Estate Association, the Real Estate Executive Council, and the board of directors of a privately held corporation.

Past board service includes a four-year tenure at Children Medical Center of Dallas where he chaired both the Quality Committee and Facilities/Technology Committee.  He was served on Civitas Capital Management Advisory Board.

In response to the five Dallas police officers who were ambushed in 2016, Richie launched the Year of Unity a community-wide initiative to help bridge racial community divides where the 43rd President of the United States George W. Bush served as the Honorary Chair.

Also, in response to the COVID-19 pandemic, Richie launched Together We Test that providing 5 testing sites in underserved communities in North Texas which tested nearly 7,000.

Richie holds degrees from Southern Methodist University and Harvard University, extended studies in Urban Planning at MIT, and was the recipient of a Ford Foundation Fellowship to study Art History and Political Science in Europe.

Richie is married to Neisha Strambler-Butler and they have two children, Emily and Ford.

Scroll to top
Thanks for subscribing!